In February 2016, a group of local women farmers was presented with a cheque of $500 each to support them as they prepare for a new farming season.  The money was presented to each farmer as a loan, which will be paid back within 12 months with zero interest. This is a development project initiated by the local communities themselves.

The oldest man in her community called the Ukodion, and the king of Ewu, guaranteed each beneficiary. No other collateral is needed except the integrity of each beneficiary. With this option, we adopted a parallel that is unlike the conventional top-bottom, western system of bank-controlled loan giving

The king of Ewu, Abdul Rassaq Ojeifo with EDEMCS executives and the beneficiaries of the $10,000 Dollars benevolent loan

In December 2016, another group of twenty men, women and youths were presented with a cheque of $500 each. They are all local entrepreneurs with a passion to earning a decent living in a sustainable way while also benefiting the community. They were selected from the different communities in Ewu kingdom. Each loan attracts a mere 2% interest.

The loan for EDEMCS was made available through a triangular partnership between ACIRD, based in the rural community of Ewu, Edo State, and Sterling Bank, through a special project aimed at empowering local communities and CISER, a Centre for Integral Socio-Economic Research, based in Lagos, Nigeria’s commercial capital.

Mrs. Helen, a local business woman, receiving a cheque from the king of Ewu village

The Ewu Development and Educational Multipurpose Cooperative Society (EDEMCS) is an initiative of Ofure (Pax) Integral Research and Development Initiative (OFIRDI), a subsidiary of Nigeria’s foremost herbal research institute, the Pax Herbal Clinic and Research laboratories (PAXHERBALS). ACIRD, nicknamed Pax Africana, is an evolution of Paxherbals from an organization, which deals mainly with traditional medicine as an alternative and complementary practice to allopathic medicine, to Pax Africana, a Centre that explores healing beyond biological or physical health to integral healing.

CISER is made up of a group of young Nigerian bankers who are passionate about evolving a new model of development banking and entrepreneurship built on local culture, worldview and community. Such a model will be well suited to the African context and tradition, rather than merely imitating the western model, using the Ewu community development association, EDEMCS, as a test case. Co-founder of CISER, Basheer Oshodi, believes that the principles of Islamic banking and finance can be adapted to bring about authentic socio-economic development in Africa.

Mrs. Stella, a local businesswoman, is one of the twenty beneficiaries

Through a combination of Participatory Action Research (PAR) and Co–operative Inquiry (CI) research methodologies, a group of researchers at ACRID, led by Fr. Anselm Adodo, employed the tenets of PAR to activate the local community  of Edo State to engage in regular dialogue to identify their challenges, and find a common ground to effectively proffer their own solutions rather than solutions from without. This led to the creation of Ewu Development and Educational Multipurpose Cooperative Society (EDEMCS). From a local group of marginalized and underrated people, EDEMCS is becoming a voice powerful enough to challenge the status quo, and ‘force’ a change in power relations in Edo state and Nigeria.

ACIRD aims to institutionalize knowledge creation in and for Ewu village in Edo State, Nigeria and Africa as a whole via a new theory called Communitalism, based on the four aspects of Pax: Pax Communis, Pax Spiritus, Pax Scientia and Pax Economia, altogether called Pax Africa. Communitalism, originating from the South, demonstrates that an institutionalized model of business and enterprise based on nature, community, spirituality and humanism, integrally so to speak, is a better driver of social and technological innovation in Africa.

Rather than ‘doing a project’ for the people, Pax Africana resolved to animate the local community by encouraging the different communities to engage in regular dialogue to identify their challenges and find a common ground to effectively proffer their own solutions rather than solutions from without.

The distinguishing feature of EDEMCS is that the local community is building on their own traditional systems, structure and worldview in order to create a better world for themselves. This bottom-up approach is a key element of sustainable development. The association cuts across all the villages that make up the Ewu kingdom. EDEMCS aims to identify the key potentials and resources in the local communities so as to develop them in a systematic and strategic way to lead to self-sufficiency, wealth creation and general transformation of the whole community, Edo State and Nigeria at large. The key concepts of EDEMCS are innovation and creativity and the belief that development and wealth can be attained and sustained only when they are grounded in local culture and worldview while open to modern changes.

EDEMCS’ sphere of influence covers all aspects of the life of the people: agriculture, small business enterprises, skill acquisition, teaching, youth empowerment and business management. Whatever brings development and progress to the community is of special interest to the association. The motto of EDEMCS is ‘United we stand. Divided we fall’

EDEMCS members also comprise many active local women, who are the driving force behind the association. Among them is Esther Otoide, a traditional taxonomist, who is renowned for her ability to identify different species of local herbs and their historical use.

Through monthly meetings, the farmers are gaining new insights into traditional farming techniques and its often hidden potentials.

Within EDEMCS are three active subgroups. 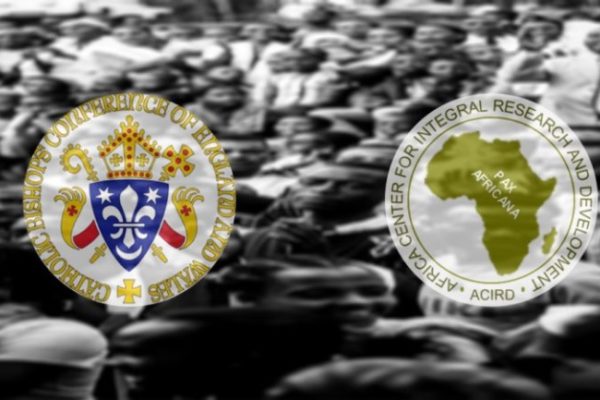